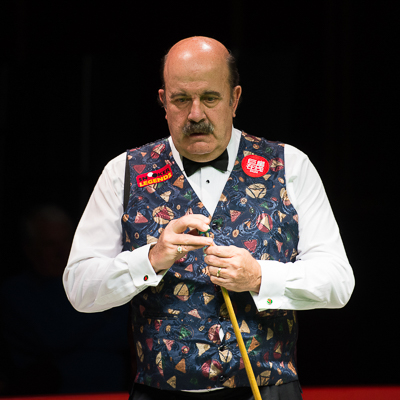 Winner of 7 professional titles, including one ranking title

Willie Thorne was a very good break builder and played a more agressive potting game than most of his contemporaries. He had 136 competitive centuries during his careeer, including a 147 in the 1987 UK Championship.  He was only the third player to achieve the 100 century landmark in the professional game.

Willie had been a familiar “voice” in the BBC commentary box for many years and he’s one of the best.

Wille sadly passed away at the age of 66, on 17 June 2020. He had been suffering from prostate cancer and Leukemia.