This is the first of a series of posts, in the build-up of the 2019 WSS ROKiT World Championship, starting at the Crucible on August 15.

The opening match of the competition, played at 10 am on August 15, 2019 will see Tony Knowles do battle with Chen Gang.

Tony Knowles came to fame when he beat Steve Davis by 10-1 in the first round of the 1982 World Championship at the Crucible. Steve Davis was the defending champion, and the pre-tournament favourite for the title. Tony Knowles was an un-heralded outsider. That he beat Steve was a huge surprise, that he beat him by 10-1 was a seismic shock. He went on to reach the quarter-finals in the tournament. In the next two seasons he managed to win two ranking tournaments.

If you speak to Tony nowadays, he will probbably tell you how himself and his contemporaries traveled Europe and the world promoting snooker everywhere. Those memories are dear to him. And he’s right. How many remember that snooker was popular outside the UK/Ireland at the time? Yes, it was. Eurosport started covering snooker as early as the late 1980 th and lots clubs opened in western mainland Europe.

You can read Tony’s profile on this blog here

Chen Gang is a bit of an unknown quantity, to us Europeans at least. He’s 42 and from Anhui, a Chinese Province, west of Shanghai. He runs a club there, and is a respected coach. He also regularly competes, with success, in China national competitions. Chen Gang was considered to be the best player in Anhui – “Anhui first cue” – until recently, when Niu Zhuang, a 25 years old former professional raised the bar. Chen Gang was runner-up in the Chinese Qualifying Event and was afterwards chosen to be CBSA nominee for the 2019 WSS ROKiT World Championship.

I would have liked to find some footage of Chen Gang in action in order to know a bit more about his game … but I failed. Therefore I have no idea about the type of player he is. However he’s relatively young, 42, and, more importantly, he is an active player who still competes regularly, as opposed to Tony Knowles who is retired and will probably lack any form of match sharpness. Therefore I make him favourite to win this match, despite the possibly intimidating surroundings and the China-UK  time difference.

Joe became famous by winning the 1886 World Championship, beating Steve Davis by 18-12 in the Final. He was a 150-1 outsider and had never won a match at the Crucible before. He came as close as possible to beat the Crucible Curse the next year, reaching the final, but this time losing by 18-14 … to Steve Davis.

Joe will play at the Cucible again on August 15, 2019 in the evening. He is amongst the twenty players who will do battle to be the 2019 WSS ROKiT World Champion. His opponent will be either Wael Talaat from Egypt or James Wattana from Thailand. Can he lift the trophy again?

If you wish to know more about Joe …

Here you’ll find his profile on this blog

and here you will find his profile by Elliott West 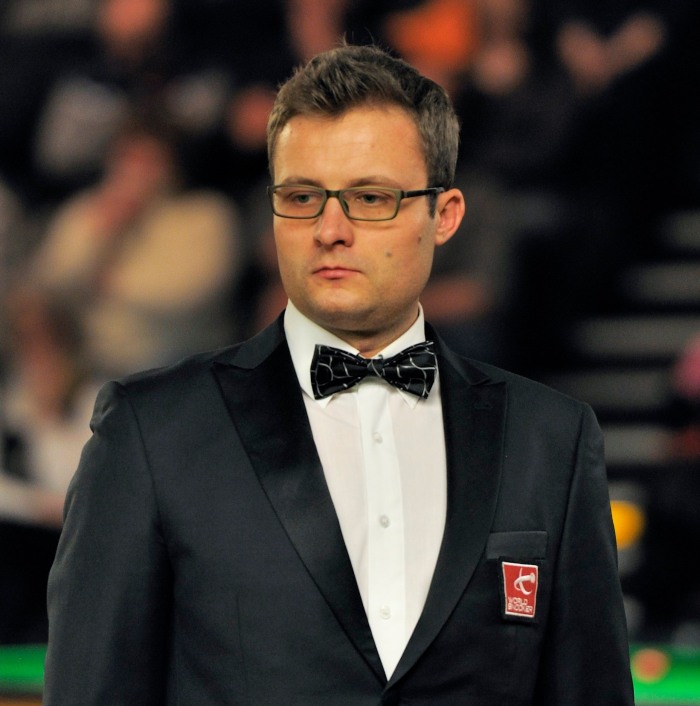 This was shared on Facebook three days ago . I’m late but, hey, I was a bit busy in Gloucester …

The number of countries involved in the ROKiT World Seniors Snooker Championship has just grown with the news today that Alex Crisan will become the first Romanian to officiate at the home of snooker.

Alex, 34 and from Bucharest, became a qualified referee in 2006 and has played a major role in the training of officials for the EBSA since 2014.

He started with World Snooker in 2011 at the Paul Hunter Classic in Furth. Last year he officiated the Romanian Masters Final between Ryan Day and Stuart Bingham.

He said “I like to dream big and Crucible is definitely the place to be for snooker. For me to get there, to have a chance to be the man in the middle, to be the first Romanian referee in the “Theatre of Dreams” and all that alongside snooker legends I’ve grown up with…it’s like living that dream!

Outside of Snooker Alex works as a sales agent for construction materials (bricks, concrete, cement etc), something completely opposite to the white gloves.

Alex will join Michaela Tabb and Leo Scullion. Tickets for the event can be found here… https://www.sheffieldtheatres.co.uk/events/snooker-seniors…

Alex is a great addition to the WSS ROKiT Tour. His success as a snooker referee has been a major booster for snooker in Romania. Good luck and enjoy Alex!

Two days ago, it was exactly 50 years that BBC first aired the iconic Pot Black.

Next January the WSS ROKiT Tour will remember it, and somehow recreate it in Liverpool, at St Georges Hall, the venue where John Pullman became World Champion in 1966.

The picture above dates back from 1952, and features a match between Fred and Joe Davis.

The tournament starts tomorrow … and the WSS players are well represented in the draw! The venue is ready and the players are practicing. Richard Emery, Rodney Goggins and Lieven Vanthournout were amongst the ones first on the tables this afternoon.

Good luck to all involved!

Here are some images taken this afternoon: 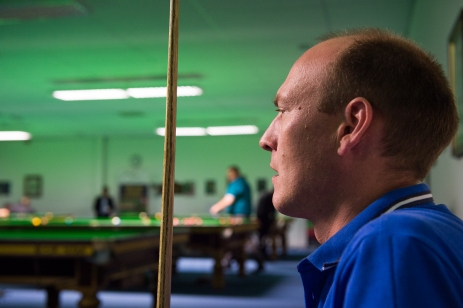 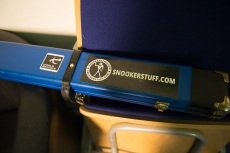 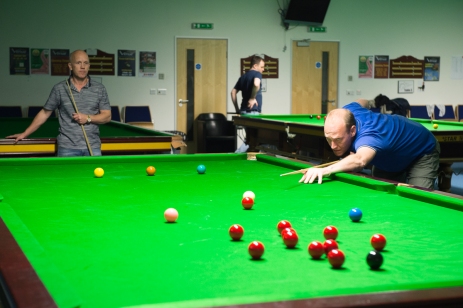 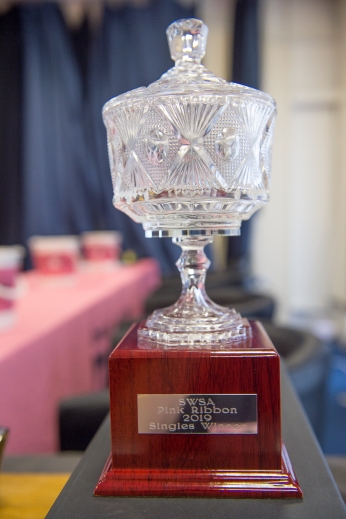 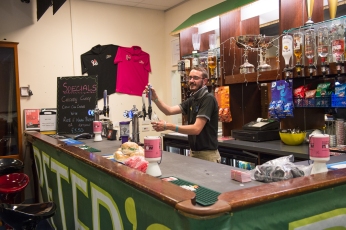 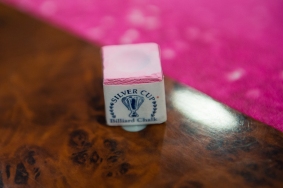 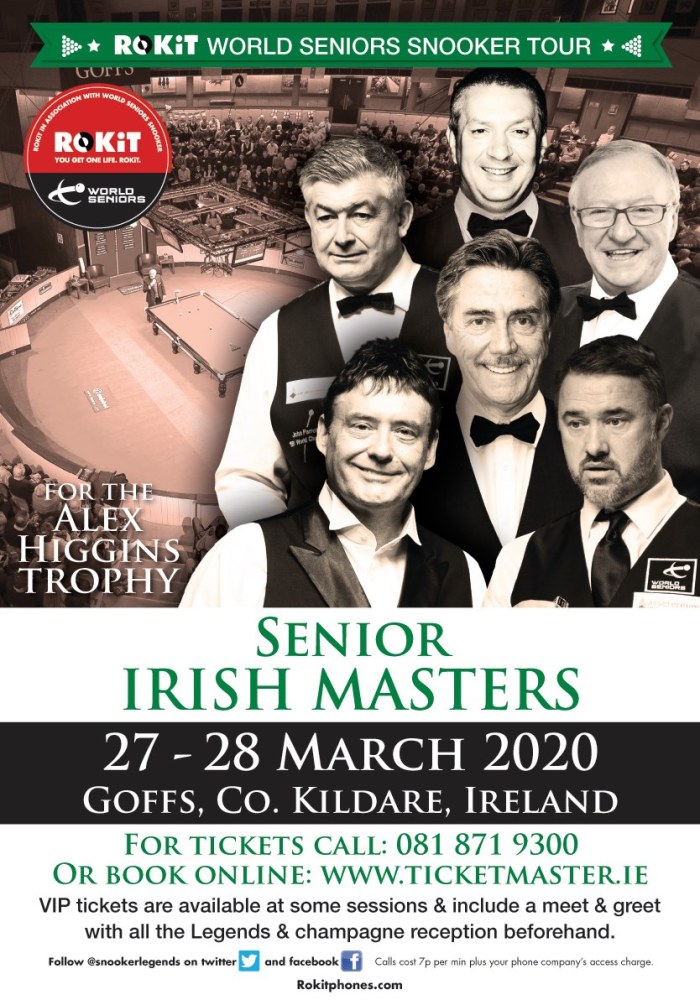 The dates for the ROKiT Seniors Irish Masters have changed. The event was initially scheduled early January 2020, it will now be played end March. 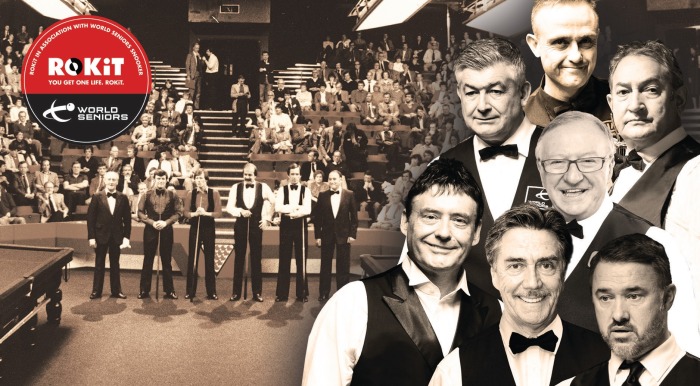