This is what Jason Francis sent around by email today:

The entry list in Newbury was huge compared to other qualifiers and at one stage I thought I would need to close it early.

I have to limit entries to 64 to allow us to do this in two days, I know running an event on a Friday causes issues with work.

I know many of the players who are playing Newbury and waiting to see how they get on before entering Upton Park, I think that could be a mistake as the entries are already climbing and it could well be that it hits 64 BEFORE the newbury event.
Therefore I’d urge you to confirm your Upton park entry NOW and of course if you win in Newbury it gets refunded anyway.

The Winners in Newbury and Upton get to play in the Crucible.

CLOSING DATE 2ND FEB OR WHEN IT HITS 64 ENTRIES.

Here is the link to enter.

All top 10 Seniors amateurs have entered. Jonathan Bagley meeting Les Dodd in round 1 is brutal.

He re are the draw and format 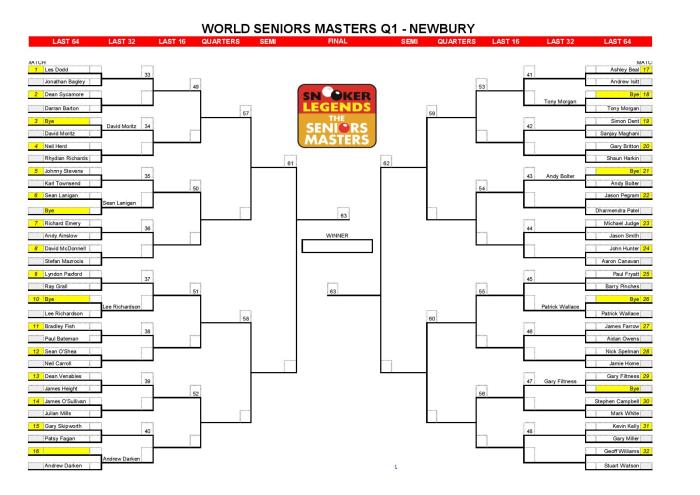 Over 50 players already entered the Seniors Masters 2018  Q1 and there is a marvelous trophy waiting for the winner: 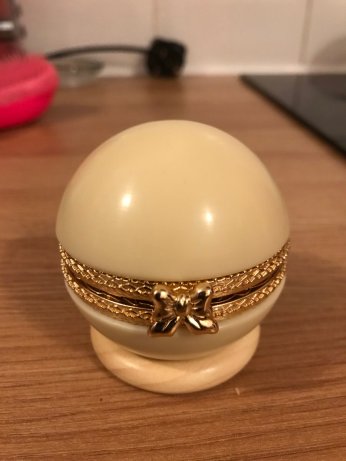 This very special cue ball was designed by Pete Odell, who is a WPBSA coah as well as an artist.

And, other than the prospect of playing at the Crucible, there is another big incentive for the seniors who dare to dream!

Indeed this is what Jason put on twitter ealier today:

The winner of our masters qualifier will get a bespoke hand made cue case for their wand…. check out this guy.. top class @RobReed147 https://www.rrcuecases.com/  #daretodream

And here are images of some cue cases crafted by Rob Reed… nice! 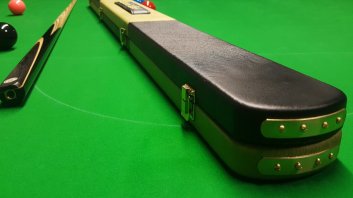 Here are the full results of Q6 in Beijing

After the completion of World Q6 in Beijing, we have 49 new entries on the world seniors ranking list, with two Chinese players getting into the top 16! 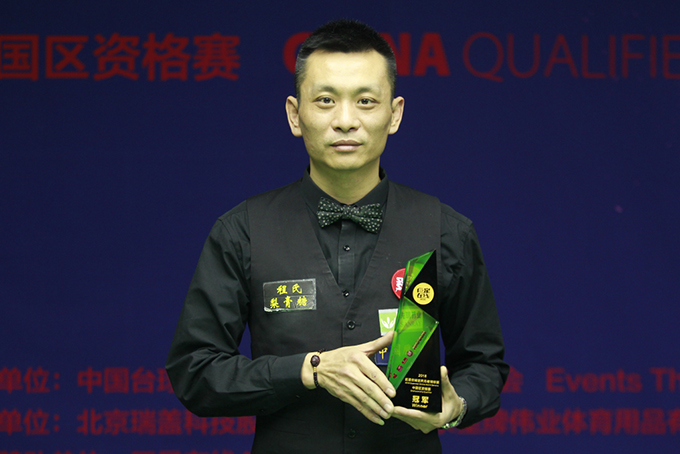 The top Chinese player, Cao Kaisheng was born on August 16th 1974 in Nanjing City He is  a former body builder! In 2012 at the Zhang Jiagang APTC, Cao defeated Stephen Maguire.  His high tournament break is 142

The  Superstar Online World Seniors Championship qualifying event in China was open to the 40 years+ players and sponsored by the Chinese Billiards Association; it attracted 69 athletes from all over the country. These include former Chinese snooker professional players like He Baoying, Guo Hua, national team coach Pang Weiguo, Cai Jianzhong, and Zhiwei from Hong Kong. 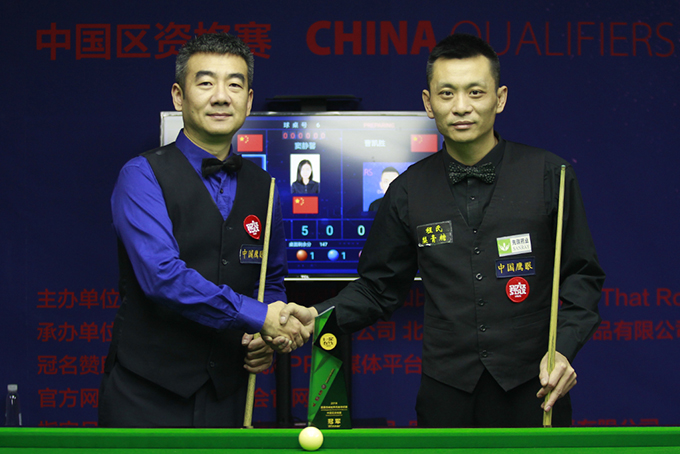 After several rounds of competition, last night’s semifinals lineup was known as Shanghai veteran Xue Jirong, Sun Jianjun, Cao Caisheng and Zhi Zhiwei respectively defeated their opponents. Today, 1 pm, the semi-finals  started on time. Xue Ji-rong and Sun Jianjun were first to play their match, a relatively fragmented affair, but after two hours of fighting,  Xue Ji-rong finally emerged a 3-0 winner, becoming the the first player to advance to the final.

Yesterday players played three games in a day, these three games represents both physical and mental energy test. Zhi-Wei won three games yesterday, three times in the decider,was probably the most fortunate person. But unfortunately, the goddess of fortune did not favor him today. Cao Kaisheng won the first frame of  semi-finals, with a break o 55, then won the next two frames too, completing the whitewash over Zhi Wei, and booking his ticket to the final.

After a short break to recover, the final started. With of thirty thousand yuan for the winner and a place in the World Championship, the start of the game is full of tension. In the first frame, the two players alternately dominated until Cao Kaisheng potted the last black ball. In the second frame, Xue Ji Rong took the opportunity to score, and tied at 1-1. In the third frame, Cao Kaisheng went in front and when  Xue Ji-wing pocketed  the black ball with a  red ball by mistake, Cao Caisheng smiled, happy with the gift, and and the win of the frame. In the fourth frame, Cao Kaisheng dominated, warmly applauded by the crowd, and took the match  with a 3-1 score to end the final, and win the competition at the same time receiving the  30,000 yuan bonus and a place in World Seniors Championship 2018. (Chinese billiards Association Xiaofan) 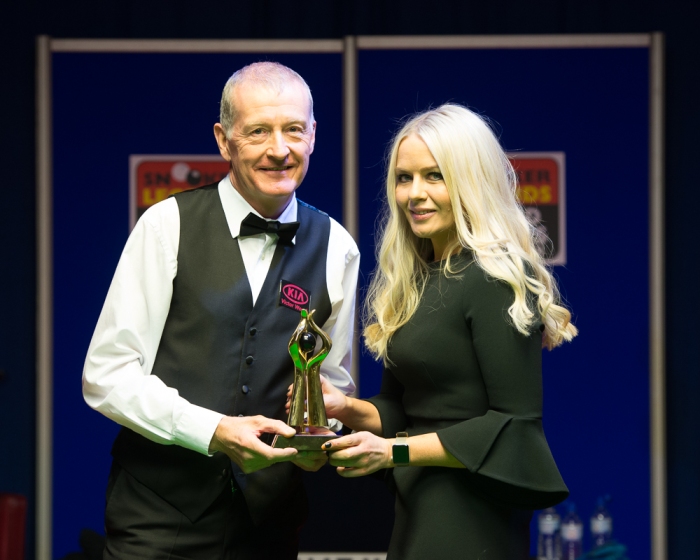 Steve Davis won the first Seniors Irish Masters 2018 in Goffs and was presented the Alex Higgins trophy, by Alex’ daughter Lauren. Quite incredibly, Steve who was only in the draw because Stephen Hendry had to withdraw due to commitments in China, had won the Irish Masters as a professional, in Goffs,  eight times. Make that nine now!

All the action on the Finals day in pictures

The evening session yesterday brought its fair share of surprises and emotions! It was played in front of a huge, enthusiast but fair crowd.

In the first match of the second session Jonathan Bagley found himself 2-0 down, and 52-0 down in the third frame and found a way to turn the match on its head. He went down to win on a black ball shoot-out, ending Ken Doherty’s hopes. Ken was the pre-tournament favourite with the bookies and the crowd. The Irish love their snooker and despite the upset warmly applauded Jonathan. Both players deserved the plaudits as this was an excellent match by all accounts with the most dramatic ending! 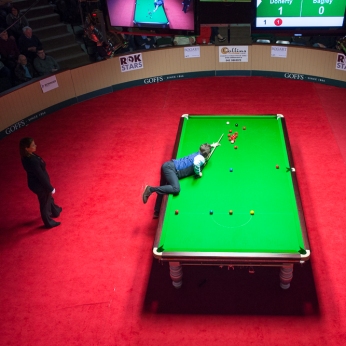 In the last match of the day, Steve Davis, an eight times Irish Masters Champion, beat Dennis Taylor by 3-1. With both players miked, there was a lot of banter and laugher, but both wanted to win badly, make no mistake! There was no repeat of the 1985 triumph for Dennis and no black ball drama … however this is how he celebrated the only frame he won!

Maybe, Steve was fired up by Dennis “statement of intent” during the handshake! Yes, you got it: he climbed on a crate, towering over Steve … and even over Jan! Naughty Dennis!

All images of yesterday’s action are here

A few galeries are already available: 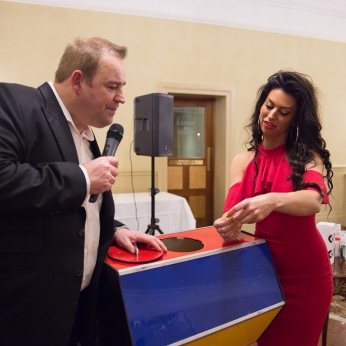 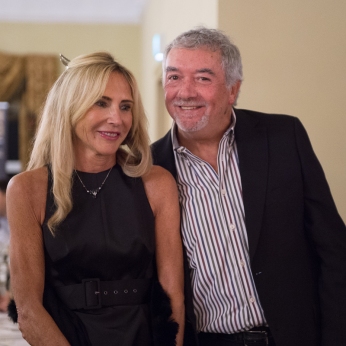 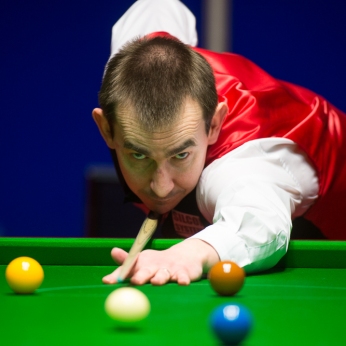 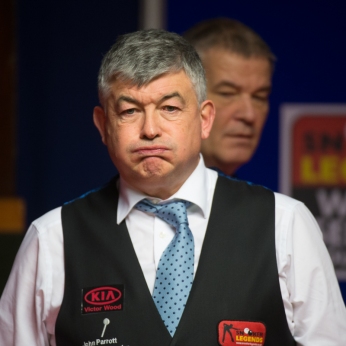 Note that the second session pictures will be added to today’s gallery tonight or tomorrow morning.

You can of course be at the venue… that’s the best option.

But other than that here is how:

Everything is being streamed live today on superstar online in China, on Facebook live here on our page. We will also go live and catch some interviews when we can