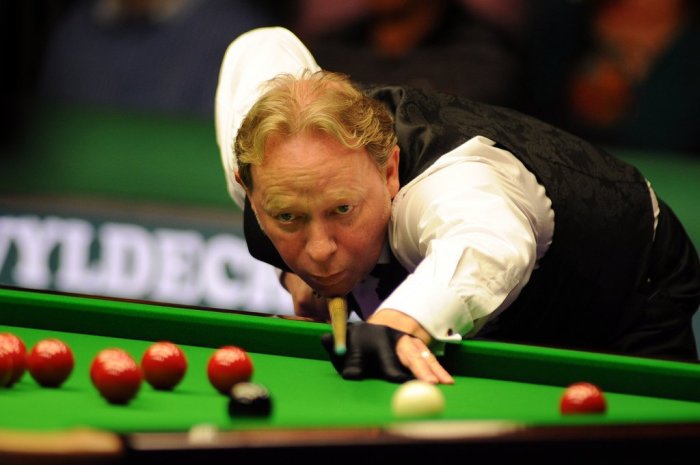 This was announced today by Jason Francis on social media:

LINE UP COMPLETE!
The Continent of Oceania will provide the final player in tomorrow’s draw for the 2019 ROKiT World Seniors Snooker Championship with the announcement today that Former Professional Dene O’Kane from New Zealand is coming back to the Crucible.
Dene is no stranger to the hallowed home of snooker having reached the quarter-finals of the World Professional Championships in 1987 and 1992. He appeared in the world championships six times, but never in consecutive years. He first reached the top 32 in the world rankings for the 1985/1986 season, returning 3 years later. In 1991/1992 he reached his career high of 18. He remained in the top 32 until 1996/1997.
He said “I am delighted to be a part of the new ROKiT World Seniors Snooker Tour. I must say a tour like this is long overdue and will be the perfect platform for many ex-professional players to compete again together with new opportunities for amateur players in participating countries. To be going back to the Crucible in little over a month is a dream come true”
Dene completes a field of 20 players from 13 countries across 5 continents and goes into tomorrow’s draw which is coming live from the Crucible Theatre at 11am. Matches start at 10am on Thursday 15th August with the Champion be crowned on the evening of Sunday 18th.

To watch tomorrow draw live from 11am click on to
https://www.facebook.com/WorldSeniorsSnooker/

For tickets to see Dene play alongside legends such as Stephen Hendry, Jimmy White, Dennis Taylor and many more go to
https://www.sheffieldtheatres.co.uk/events/snooker-seniors

The draw will indeed be made tomorrow in Sheffield at 11 am. People who want to attend it life can come to the Crucible Corner on Tudor Square. There will be a press conference and opportunities for photographs. Amongst those present will be Joe Johnson (1986 World Champion), Reanne Evans (12 times and reigning Women World Champion and Daniel Blunn (winner of multiple WDBS events).