Following Stephen Hendry withdrawal from the event, this press release has been published, and shared on social media, by Snooker Legends: 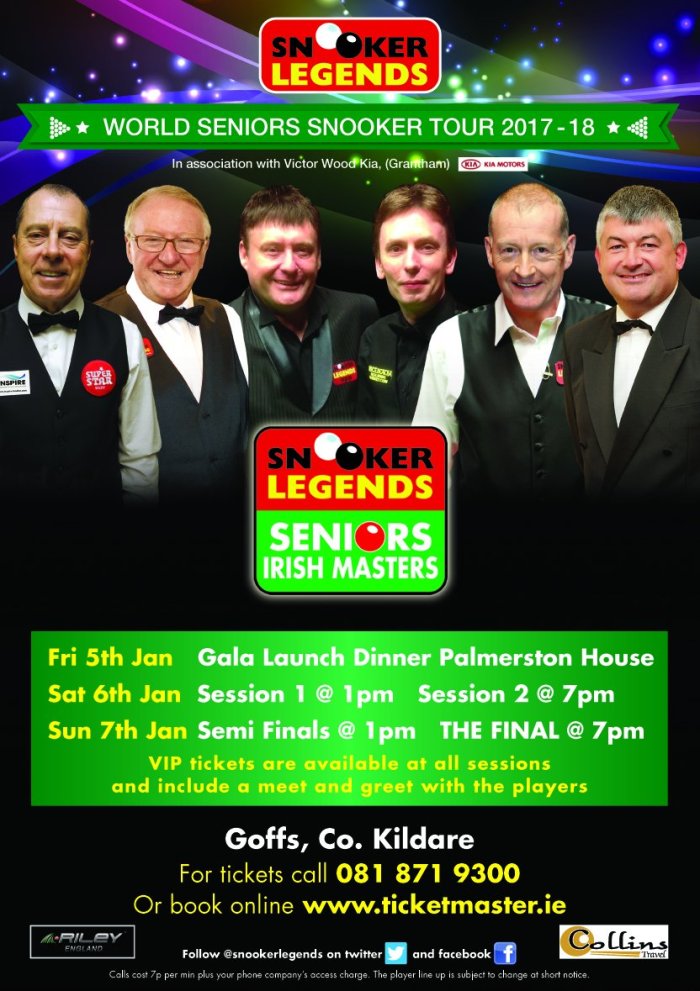 Steve Davis has been announced as a late addition to the Irish masters line up in Goffs, Co Kildare in January.
The Nugget has won the title on eight previous occasions, the last time in 1994 with a final frame victory over Scotland’s Alan McManus.

Steve replaces another scot, Stephen Hendry, who has withdrawn to fulfil contractual commitments in China.

Steve said
“I don’t want anyone to read anything into this with regards to any sort of playing comeback. This is a one off appearance to help out, and for the Irish fans a chance for me to wave goodbye “in retirement” to them like I did at the crucible. Goffs is a great venue and holds many special memories for me, it will be great to play there again one final time”

Stephen Said
“I’m gutted to have to pull out of Goffs, the time I played Alex there was probably the craizest atmosphere I’ve ever played in. I know Steve will be a great replacement and I will be practising hard for the World Seniors and Masters next year.”

The Irish masters takes place in Goffs on the weekend of the 6th and 7th January 2018. A Gala launch dinner will be held on Friday 5th January in Palmerstown House. Tickets to see Steve, Jimmy White, Ken Doherty and all the other legends do battle can be found here
http://www.ticketmaster.ie/Snooker-Legends-ticke…/…/1409591…
for gala launch dinner tickets email conor@snookerlegends.co.uk