Here is the report by the always excellent Michael Day 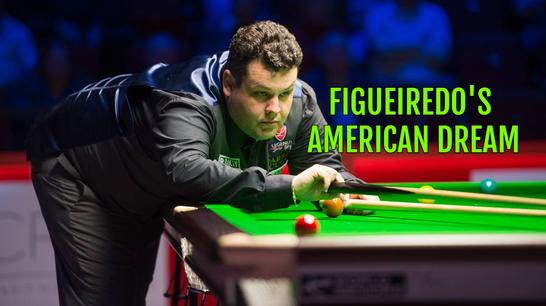 Igor Figueiredo will make a return to the professional circuit after winning the 2019 Pan American Snooker Championship at the Q-Ball Snooker & Pool Club in Houston on Sunday evening.

This tournament is the flagship event for the newly formed Pan American Billiards and Snooker Association (PABSA), a continental federation serving players from both North and South America.

The competition drew a full capacity of 48 entries that featured representatives from Bermuda, Brazil, Canada and the host nation the USA.

Round-robin qualifying took place across the opening three days with the top three in each group advancing to the knockouts.

Brazilian Figueiredo eased through his section; topping Group A without losing a frame. Along with the seven other group winners, he went straight into the last 16 where he awaited the winner of a preliminary tie. For him that would be Saif Ibrahim (USA), whom he dispatched 4-0.

In the quarter-finals he faced current and four-time United States National Champion Ahmed Aly Elsayed. Despite dropping his first frame of the week, he progressed as a 4-1 victor.

Local Houston player Mark White was next to feel the dominance of Figueiredo in the semi-finals, as he went down 5-1.

Figueiredo’s opponent in the final was Chicago’s Renat Denkha who was also undefeated throughout. Denkha booked his final berth after ousting former professional John White (Canada), 5-4, in the other last 4 tie.

However, the final was a step too far for the American, as Figueiredo flexed his muscle to a 5-1 victory to collect the title, trophy and a two-year professional tour card that is active from the 2019/20 campaign.

Given Figueiredo’s class and pedigree it wasn’t a surprise to see him claiming the title in Texas. A recent six-season professional, he only fell off the top tier at the end of 2016/17. During his time on the circuit he reached the last 16 of both the 2017 Welsh and Gibraltar Opens.

Since then the 41-year-old has had success competing as an amateur. In Malta, last Spring, he conquered the inaugural World Snooker Federation Seniors Championship and later in the year he lost to Ken Doherty on TV in the final of the UK Seniors Championship.

​At the same Houston venue the week before the Pan-Am Championship Figueiredo also won a World Seniors Tour World Championship qualifying event where he constructed a break of 146. The effort is believed to be the highest competitive break ever made in the United States.

Results (from the quarter-finals onwards)

The image above is courtesy of Monique Limbos

Let’s hope that this time, Igor finds sponsors allowing him to compete in most events so that he gets a proper chance to do his huge talent justice.