Jason Francis has today announced that the Seniors Irish Masters 2020, already postponed from March 2020 to July 2020, has now been posponed again and will be played in March 2021.

Following discussions with Goffs, and taking into account the current Irish Government advice and projections around events and social distancing we have decided to postpone the Senior Irish Masters due to be played in July 2020 until March 2021. We believe placing the event back in its original slot, albeit one year later, is the most sensible decision at this time . The event will be played with the same field and draw, the new dates are slightly changed now being played over Saturday 27th and Sunday 28th, with two sessions each day. All tickets remain valid to the corresponding session you booked for. We look forward to the Kildare roar in March 21 when we crown our champion with the Alex Higgins trophy.

Also the WSS ROKiT Phones World Championship 2020, has been posponed by one week, starting now on August 19, 2020.

And here is why

The Betfred World Snooker Championship has been rescheduled, subject to government policy, to run from July 31st to August 16th at the Crucible Theatre.

Snooker’s biggest tournament was postponed due to the coronavirus pandemic but following discussions with key stakeholders including Sheffield City Council, the BBC, Eurosport and Sheffield Theatres, new dates for the World Snooker Championship have been agreed.

The dates for the qualifying rounds have yet to be confirmed.

WST’s preference is to stage the event with a full crowd inside the iconic Crucible Theatre, which seats an audience of just under 1,000 spectators. If that is not possible, based on government advice at the time, WST will consider the following options:

Playing the event with a reduced crowd.

Playing the event behind closed doors.

Postponing the event to a later date again.

WST Chairman Barry Hearn said: “We are delighted to confirm new dates for this huge global sporting event which has an international television audience of 500 million people. The world is going through a very challenging period but live sport can be a massive inspiration for the public and can boost morale. This gives fans of top class sport something on their calendar to look ahead to and enjoy for 17 days. 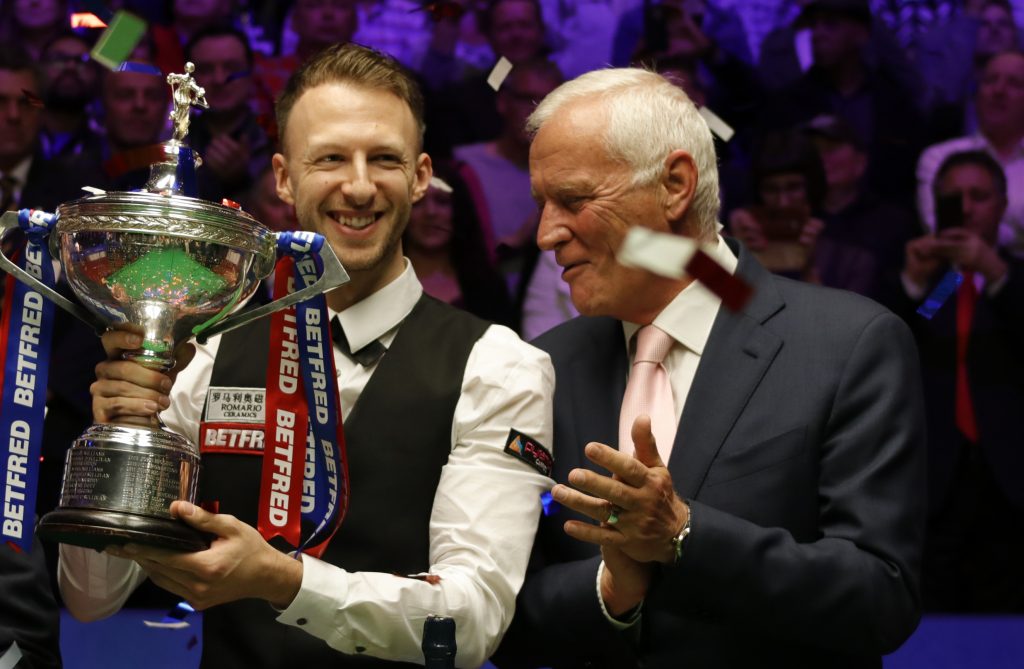 “It is crucial for our 128 tour players to know that we are doing everything we can to get our circuit going again as soon as it is considered safe to do so by the government. The players are self-employed and they need opportunities to earn, while we keep the health and safety of everyone involved in an event of this scale as a priority.

“In recent weeks we have had intricate negotiations with our key broadcasters including the BBC and Eurosport as well as the Crucible itself and Sheffield City Council. I would like to express my gratitude to all of them as we have progressed to a solution.

“Our sincere hope is that we are able to play the tournament with a full crowd as usual. This event means so much to the fans who have a golden ticket for the Crucible experience, and to the people of Sheffield. The players will desperately want to compete in the atmosphere that only a packed Crucible can generate.

“However if that is not possible then we will give careful consideration to each scenario.”

Councillor Mary Lea, Cabinet Member for Culture Parks and Leisure at Sheffield City Council, added: “The World Snooker Championship is one of Sheffield’s annual highlights, something the city looks forward to and is immensely proud of. Although it is disappointing that so many of our events have been cancelled or postponed it is also essential while we meet the current challenges.

“I’m pleased that the Championship has been rescheduled and I really hope that it can be celebrated at the Crucible Theatre in true Sheffield style, when it is safe to do so. We will continue to work with WST and support all decisions taken, to help them deliver the competition whilst keeping everyone safe.”

The top 16 seeds earn an automatic place at the Crucible, and they will be joined by the 16 players who come through the qualifying rounds.

Tickets for the final stages will be automatically transferred to the new dates. The policy for refunds will be announced separately. All ticket holders will be contacted directly by the Box Office in due course.

The Rokit World Seniors Snooker Championship, originally planned for the August 12th to 15th, will now be played between the 19th and 22nd August. All tickets will be transferred to that same corresponding session already booked for.