The always excellent Michael Day has written this preview of the tournament that starts tomorrow:

Defending champion Jimmy White will go for a third successive crown at the 2021 ROKiT World Seniors Snooker Championship that gets underway at the Crucible Theatre on Thursday.

Last year, White produced a sensational comeback against Ken Doherty in the final, recovering from 0-4 down to oust his opponent 5-4 in a dramatic climax. Once again, The Whirlwind is top seed in a field of 16 players consisting of former major professional title winners and competitors who emerged from world seniors tour qualifying events.

The four-day event will be behind closed doors in Sheffield but will be shown live on various BBC platforms. The victor come Sunday evening will also gain a place in the lucrative Champion of Champions later this year. 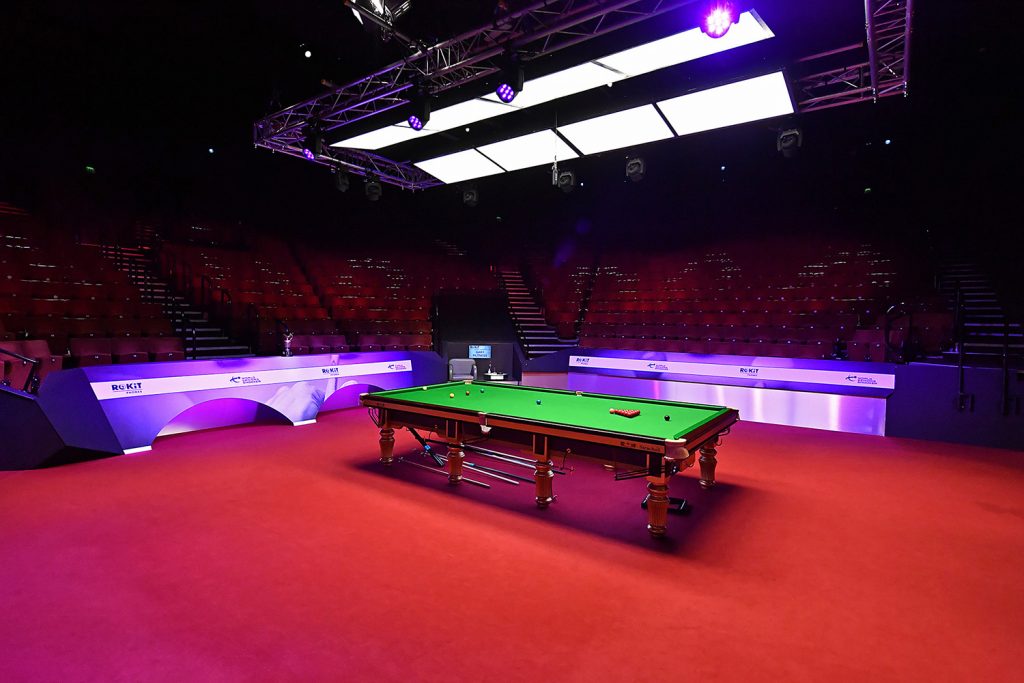 In 2020, White became the first person in the event’s history to retain the title and he begins his bid for a fourth world seniors championship overall when he faces former world number two Tony Knowles on Friday evening.

It will be the third time that they have met at the Crucible after world professional quarter-final clashes in 1985 and 1988; Knowles winning the first and White the second.

An all-Welsh affair will break the tournament off on Thursday afternoon with two qualifiers from the recent Q-School in Reading drawn against each other – Lee Walker and Darren Morgan.

Current main tour exponent Walker will make his debut in the final stages of this event while Morgan will look to swell his impressive record in it having been champion in 2011 and a finalist on two other occasions in 2016 and 2019. 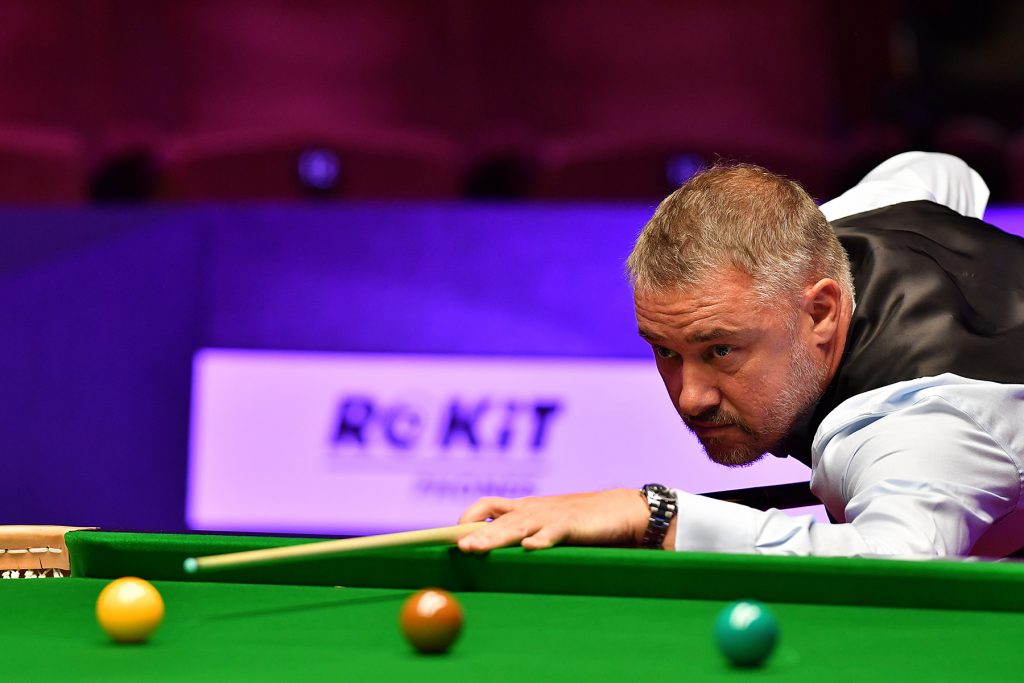 Igor Figueiredo was one qualifying win away from appearing at the Crucible last month in the professional championship, but the Brazilian will get his opportunity to play on snooker’s grandest stage for the first time when he crosses cues with John Parrott.

Figueiredo has already enjoyed success on the world seniors circuit; he was runner-up at the 2018 UK Seniors Championship in Hull, and he qualified for the 2019 edition of this tournament following an event win in the USA before later being ineligible. The 43-year-old also won the 2018 World Snooker Federation Seniors Championship in Malta. Fresh from his punditry duties with the BBC, Parrott was a world seniors finalist in 2017.

A world professional champion seven times, Stephen Hendry has yet to reach the world seniors final during his four previous outings, although his most promising showing was a last four run here last year that perhaps prompted his subsequent return to the main tour.

‘The King of the Crucible’ has yet to make the final of any world seniors event but this time surely arrives better equipped than ever before. Hendry plays 70-year-old Irishman Patsy Fagan, the 1977 UK Champion who last graced the Crucible over 36 years ago. 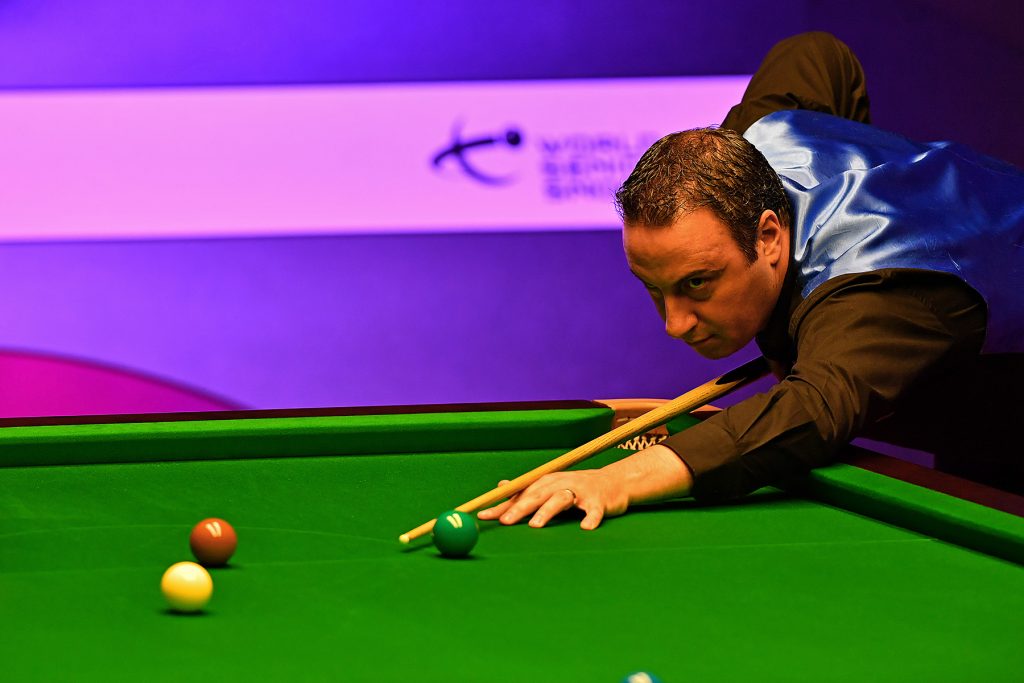 In a meeting of cueists from both sides of the Irish border, former professionals Michael Judge and Patrick Wallace look to secure a last eight berth.

Judge is still the reigning UK Seniors champion having won that title in 2019, while Wallace will be trying to go one further than his finish in this event in 2018 when he lost to Aaron Canavan in the final.

Barry Pinches came through the opening seniors Q School in January to book a Sheffield return where he will face Dennis Taylor.

Pinches – a qualifier for the professional championship three times – came close to winning the Seniors Masters title here in 2019 but lost on a black ball tiebreaker to Joe Johnson in the final. Aged 72, Taylor is the oldest contestant in the line-up, and he will try to draw on inspiration from when he landed the sport’s biggest accolade in 1985. 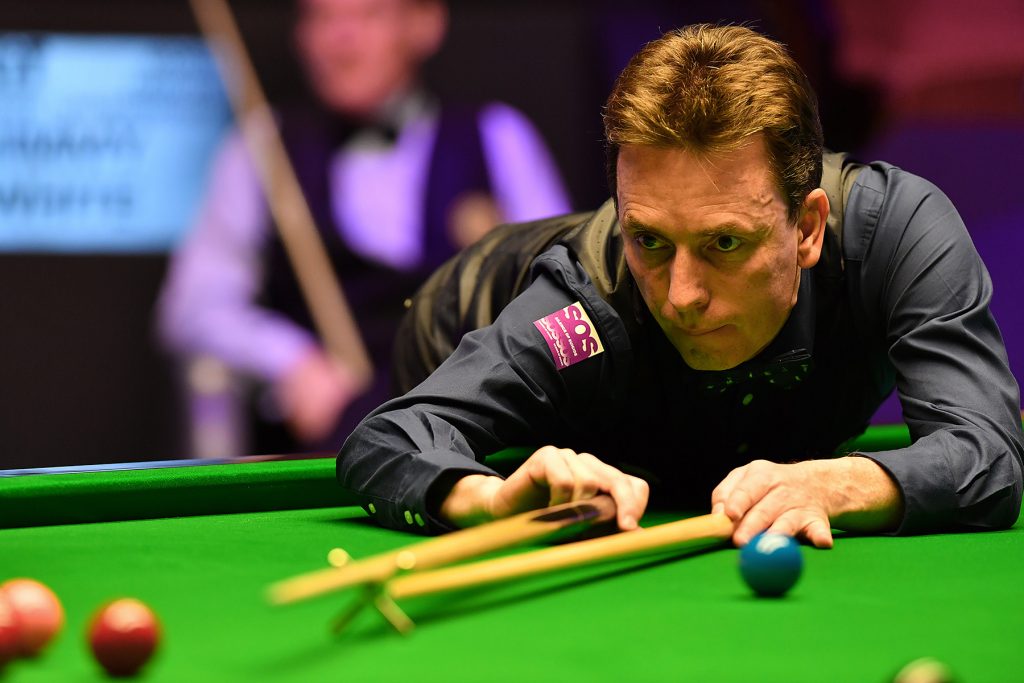 David Lilley and Philip Williams will realise career ambitions when they play at the Crucible Theatre for the first time during the event’s opening session on Thursday afternoon. The second all-qualifier tie of the round, both graduated from Q School events this year.

Completing the draw is a match between former world champions Ken Doherty and Joe Johnson – the only two players who have reached the world professional final the year after they won the title for the first time.

Doherty will try to bounce back from last summer’s disappointment here and become the first player in the sport’s history to have claimed world junior, amateur, professional and seniors championships. Yorkshireman Johnson is looking for his second title on the circuit after his triumph in the aforementioned Masters a couple of years ago.

And here are my predictions regarding the matches’ outcomes:

Now we have an interesting situation in the top half: Jimmy White and Stephen Hendry could meet in the semi-finals again. Last year Jimmy was the winner. This year however, Stephen has been back on the main tour (eventually) and has beaten Jimmy in the first round of the World qualifiers. Both will be highly motivated, and both will be under pressure if they get that far.

Jimmy White is the defending champion but has been handed a very tough draw. He could meet Darren Morgan in the QF, in a repeat of the 2019 WSS World final. Stephen Hendry or Igor Figueiredo could be next for him. Stephen has beaten him recently as mentioned above. If it were to be Igor, Jimmy will have to make the most of his opportunities because Igor is a heavy scorer and very adept at clearing when in. Should Jimmy get to the Final again, I expect him to face either Ken Doherty or Mick Judge. Ken will be out for revenge after last year’s defeat and Mick has beaten Jimmy in the final of the 2019 WSS UK Championship.

If Jimmy was to defend his title come Sunday it would be a remarkable achievement indeed.