We will see an American Senior at the Crucible next May

Congratulations Aly and best of luck at the Theatre of Dreams

Ahmed Aly Elsayed is set to realise a dream and appear at the Crucible Theatre next May after winning the 2021 Pan American Seniors Snooker Championship in Canada. 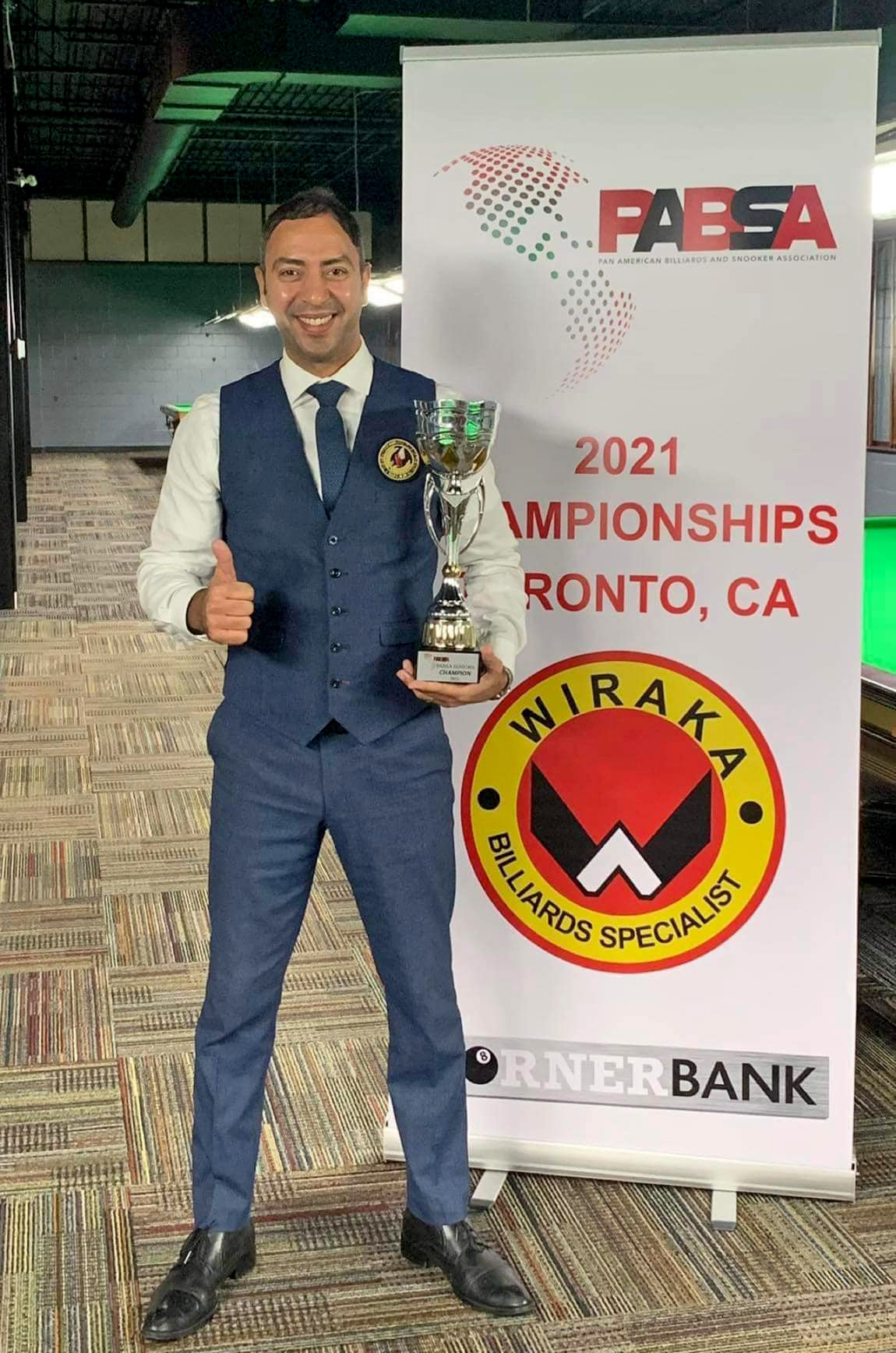 The American – who last month won a record-breaking sixth national championship title – claimed the continental accolade at the Corner Bank venue in Toronto. The triumph means he earns a coveted berth at the 2022 World Seniors Snooker Championship in Sheffield.

Organised by the Pan American Billiards and Snooker Association (PABSA), a total of 48 players representing Brazil, Canada and the United States of America took part in the competition that initially featured an eight-group round robin phase which was followed by knockout rounds.

New York cueist Aly qualified from his group and then defeated Alan Whitefield 3-1, Ali Baba 4-3 and Eddie Galati 4-1 before denying Levi Meiller 4-1 in the final.

Aly will now turn his attention to the Pan American Snooker Championship which takes place at the same venue over the next few days. The winner of this premier continental event for the Americas will secure a two-year World Snooker Tour card.