Peter Lines, the 2017 Seniors World Champion, added a second Seniors title to his record by winning the 2022 Seniors UK Championship in Hull. He came from behind to beat David Lilley by 4-2 in the final.

Leo, Peter’s six years old son, was in the audience, watching his dad “live” for the first time. This surelely made the occasion even more special for the Lines family.

Here is the official report from the WSS website:

Peter Lines became only the second player to have claimed the two biggest titles on the World Seniors Snooker Tour after he won the 2022 WAYS UK Seniors Snooker Championship in Hull.

A winner of the World Seniors Snooker Championship in 2017, 52-year-old Lines defeated reigning world seniors champion David Lilley 4-1 in the final at the Bonus Arena. Still a main tour exponent, Lines continues his good form having reached the last 16 of the UK Professional Championship in York six weeks ago.

Lines’ journey to glory began last summer when he emerged from a tough qualifying event at the Crucible Sports Club in Reading. By the Humber this week, the experienced Yorkshireman dethroned defending champion Michael Judge 3-1 in the opening round before a 4-1 success against close friend and fellow qualifier Kuldesh Johal in the last eight.

On finals day he defeated 2018 winner Ken Doherty 4-2 to set up a title showdown with Lilley, who was aiming to be the first player to hold both the world and UK seniors trophies at the same time. Having not dropped a frame in his first two matches, Lilley came back from 3-1 down to deny Jimmy White in the other last four tie during the afternoon session.

Lilley had been impressive during the tournament and he began the final well by claiming the opening frame before a break of 60 looked to have secured him a 2-0 lead. However, in what would prove to be a massive turning point, a determined Lines clawed his way back in the frame, eventually completing a gutsy 27 clearance to pinch it on the final black.

This was a catalyst for the current world number 82 as he chalked up frames either side of the mid-session interval and then crafted a decisive counter-attacking break of 47 to win frame five on the final pink.

Lines now follows in the footsteps of White in claiming both the world and UK seniors titles.

It was a great tournament, with an excellent coverage, supported by the ever vibrant enthusiasm of Rob Walker.

Back in 2017, Lines won the World Seniors title, and the 52-year-old from Leeds can now add the UK title to his list of honours.

Lilley took the opening frame of the final and made a break of 60 in the second, but his opponent crucially clawed his way back and eventually snatched the frame 67-66 by clearing the colours.

Lines dominated the third and fourth frames to take a 3-1 advantage. In the fifth, current World Seniors champion Lilley led 56-21 when he missed a red, and Lines made an excellent 47 clearance to clinch the title.

“I’m over the moon to have won,” said world number 82 Lines. “I am just trying to enjoy myself out there. I want to play for as long as I possibly can because I just love playing snooker. When you get to my age and you haven’t won a ranking event, you accept that fact that you are probably not going to win one. So to win two prestigious events on the World Seniors tour, I’m really proud of myself. I am really honoured that I’ve done it.”

Earlier in the semi-finals, Lines saw off Ken Doherty 4-2, while Lilley came from 3-1 down to beat Jimmy White 4-3.

Here is the post-match interview by Rob Walker:

Here are some more images, shared during the event on social media … 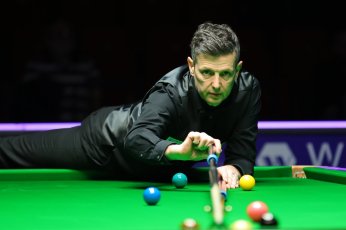 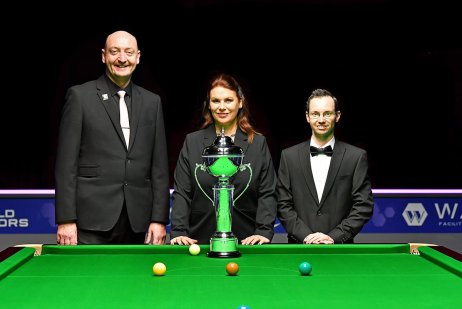 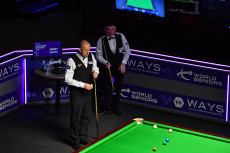 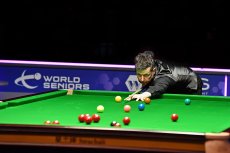 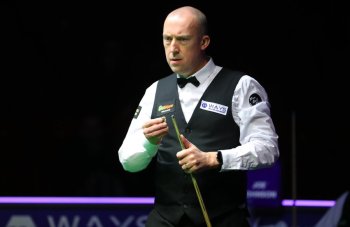