Lee Walker is currently competing in the 2022 Q-School, having dropped off the tour last month. He spoke to WST about how his recent triumph at the Crucible has changed everything  … 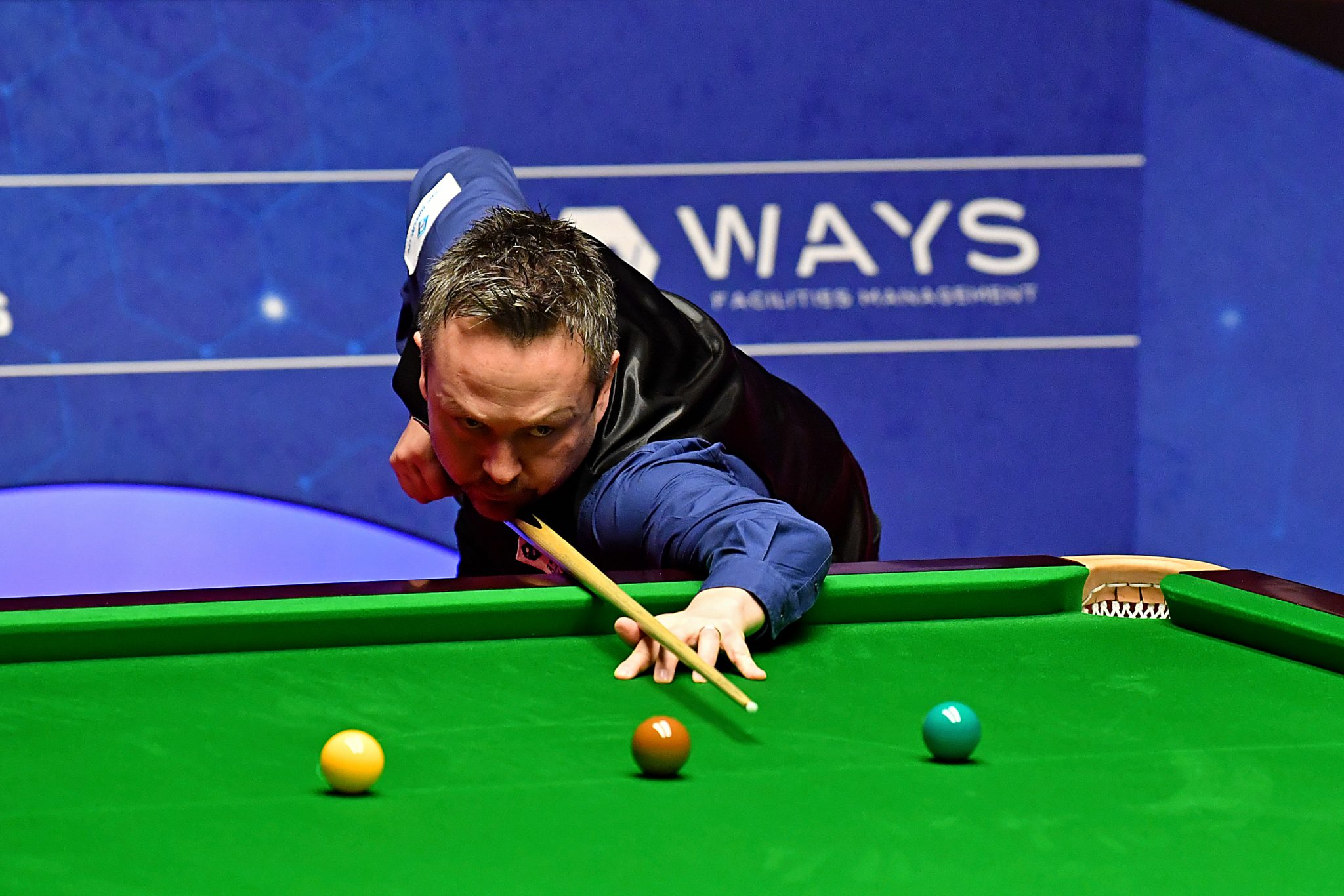 Recently crowned World Seniors Champion Lee Walker will continue his bid to regain professional status at Q School tomorrow, but the Welshman admits that his place on the main circuit is no longer the be all and end all.

Walker secured a dream victory at the Crucible earlier this month, beating Jimmy White 5-4 in a thrilling final to win the seniors title. That came in the aftermath of a disappointing end to the regular season, which resulted in his relegation from the World Snooker Tour.

The 46-year-old faces Ashley Carty in the next round of Q School event one tomorrow, but he does so in the knowledge that he has held aloft silverware in snooker’s most prestigious venue. It was the first time he had performed in front of a Crucible crowd since 2004 and his first ever appearance in the single table setup with fans. Walker’s best World Championship performance dates back to 1997, when he made the quarter-finals.

He clinched his recent glory in style, firing home a nerveless break of 83 to capture the title. Reflecting on that winning moment, he admits he proved a lot to himself with regards to his ability to function under the most severe pressure.

Walker said: “I haven’t done as well as I thought I would do in my career and haven’t been on the verge of winning a tournament before. I’ve always wondered what I would do and whether I would be able to get myself over the line. To win it the way that I did, with one chance and an 83 break in the decider, was very pleasing to me and I showed myself that I could do it under the pressure. Although there was a lot of pressure out there, I felt pretty calm.

“I was determined to enjoy every moment. I played Ken Doherty in the UK Seniors and at 2-0 down, I was a bit of a spoiled brat and I couldn’t wait to get out of there. I asked myself what I was doing and decided I needed to enjoy it more. I played Stephen Hendry at the World Seniors and obviously Jimmy White in the final. If you can’t enjoy playing those guys at the Crucible, then you might as well put the cue away and not bother playing ever again. It was just a great experience.

“When I did win, my son Noah came down and it was fantastic to share it with him. I looked at him and thought to try and not get upset, Mark Williams would have taken the mick out of me for the next 30 years if I did! Rob Walker asked me about Noah being there and I thought he was about to set me off, but I held myself together. It was a bit of an emotional moment, but it is one that I will cherish forever now.”

Much of Walker’s focus has been away from his own game in recent times. He now works alongside best friend Williams as his coach and he has also been teaching 15-year-old prospect Liam Davies for the last nine years. That has made for an eventful few weeks for Walker.

Davies made history last month, when he became the youngest ever player to win a World Championship match. He defeated Aaron Hill in the first round of qualifying, before adding another win against Fergal O’Brien. The teenager was denied a Judgement Day place after a 6-5 loss against Jordan Brown. Williams, who is now 47 years old, followed up Davies’ exploits by going all the way to the semi-finals, where he was beaten 17-16 in an epic showdown with Judd Trump.

Considering he is now in the twilight period of his playing career, Walker now sees coaching at the core of his profession. He is relishing working with two players at very different stages in their own journeys.

“I started working with Liam when he was six and he is like a son to me. I hope he feels the same, but I think we have a very special relationship. Watching him and watching Mark isn’t very nice. When you are out there playing you have control. When you are watching from the side and you are desperate for someone to win, it is very difficult. It is something I will have to get used to. Not only does Liam have a great future ahead of him, but he is a great lad as well. I am very proud of him. He lost his first match at Q School to Fergal, but whether he gets on now or in the future, it is just a matter of time.”

Walker hasn’t had long to prepare for Q School this year. In the immediate aftermath of the seniors, he went on a trip to Las Vegas with Williams, Mark Davis and all three of their wives. The former Gibraltar Open semi-finalist admits that he was seriously considering not entering Q School, but was persuaded to throw his hat in the ring and have another shot at the professional tour.

“It was a good trip. After winning the seniors, I didn’t get home until 5am. I picked Mark Williams up at 11am, so I barely got any sleep. Then we had the flight and arrived in Vegas at about 8pm. The full intention was to go out, have two drinks and then go to bed. We left the bar at 6:30am!

“It has been a mad month. I arrived with Mark in Sheffield on April 14th. We didn’t leave until he got knocked out in the semi-finals, I was then back up a couple of days later for the seniors. I then went to Vegas and here I am again competing in Q School. It has been crazy, but after this it will settle down and get back to normal.

“I really wasn’t sure whether or not I’d play in Q School. I am never going to give up playing completely, but the last couple of years as a professional haven’t been that profitable. I have other things I want to do in the coaching side of it. I take Mark’s advice on playing matters, both he and my dad said that if I play in it and don’t get through then my mind is made up for me. They thought it was worth giving it a go this year. Never say never, but if I don’t get through I’d be surprised if I was ever in Q School again. I obviously want to qualify and when I get on the table I will be giving it 100%, but if I don’t get through I wont be devastated. If that is the end of it, then I will be just as happy playing in amateur events and the seniors.”

Lee turned professional in 1994, aged 18. His best ever ranking was 41, his best result was a semi-final at the 2018 Gibraltar Open. Yet, Lee certainly can play to a very high standard. You don’t become the trusted coach of a multiple World Champion if you don’t know how to play the game inside-out. His achievements may look modest, but that’s because the standard at the top is incredibly high.

Lee truly loves his sport and will do anything to help aspiring players, no matter their level and abilities. When the first World Disability Snooker event was held in Wales, Lee and Michael White drove to the venue to support the event. It wasn’t close to their place – over 2 hours drive if my memory serves me well – but they came and spent several hours helping, chatting to the players, giving advice. They had a lot of time for everyone.

Winning the Seniors World Championship at the Crucible is, so far, the highlight of Lee’s career, a well deserved, unique moment that made years of hard graft worth it.

All the best in the future Lee

and enjoy your time as the Seniors World Champion!