The second session on August 16, 2019, will feature two players who are probably little known by the general public or the casual snooker fan: Joris Maas will play Leo Fernandez. 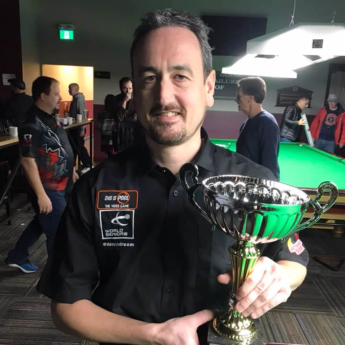 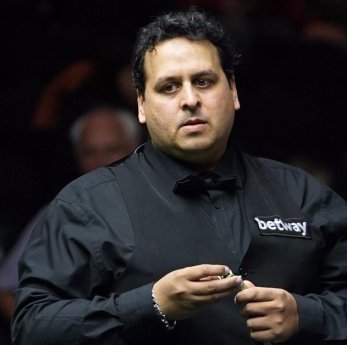 Joris qualified for this event by winning the qualifying leg in Toronto.

Joris Maas is the reigning National Champion in his country, The Netherlands, a title he won last June. Actually Joris has been in the final of The Netherlands Snooker Championship all of the last three times it was played.

Joris has never been a professional, however he is playing quite a lot of snooker at amateur level and with considerable success. The best source for those interested in knowing Joris a bit better as a player is probably his profile on Cuetracker. As you will see Joris has been very active, and won a lot of matches, since 2011.

I fully expect to see some big orange patches in the Crucible crowd for this session!

In 2017, he knocked Ding Junhui out of the UK Championship in the first round …

You will find more about Leo in his profile on Cuetracker

Off the table, Leo is a warm, smiling character. The love of his life is his family, his partner and his “little princess”. To say that he is a doting father is the mother of all understatements!

This match may not immediately attract the casual fan, but I believe that it is probably one of the most interesting games of the first rounds.

Why? Because Joris and Leo are evenly matched, and both of them play on a regular basis. This should be very good snooker, close and extremely competitive.

Leo may have a mini advantage as he has played at the crucible before, in 1999, where he had the misfortune to meet a certain Ronnie O’Sullivan in the last 32. Leo had won five matches to qualify, Ronnie went on to reach the semi finals.